How do you play Yahoo Fantasy Basketball?

Yahoo Fantasy Basketball works the same way as to how the other fantasy sports works. It is based on you creating a team of players from their respective league and earning points based on their value and real-life performance.

The points you earned with the Fantasy NBA determine the winners and losers of either that day, week, or season. There are only a few players who get drafted in the regular formats compared to the other fantasy sports or games and that’s why the Yahoo Sports NBA can be easy to learn.

How do I join a Fantasy Basketball League? 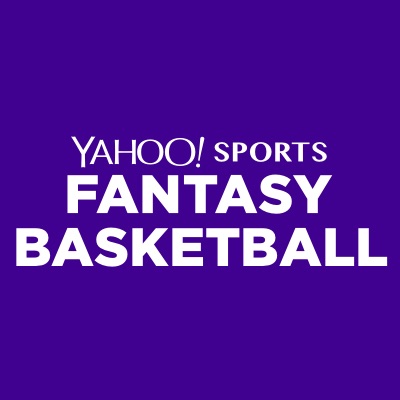 To join Yahoo’s Fantasy Basketball League, first, you have to go to their website and to know that there are two kinds of them. The first one is the Free League and the other is the Custom & Cash Leagues.

Then, log in to your Yahoo account if you have one, and if you don’t have one, just create a new account. After logging in, click or press the Sign Up button, which then redirects you to choose either the Yahoo Free League or the Custom & Cash Leagues.

Here are the things you need to know about the Yahoo Fantasy’s different type of leagues:

The Yahoo Free League have free leagues with standard settings and is commissioned by Yahoo. While on the other hand, the Custom & Cash Leagues are free & paid leagues that have many custom settings that are created and commissioned by the users.

There is also a limit on how many Fantasy NBA Yahoo Pro Leagues you can join. While it’s a Pro League, it is still considered as public leagues.

And in Yahoo Fantasy BBall, the drafting can only be started if all 12 manager slots have been filled.

In a live-online Standard Draft, each of you, the managers, select a squad in a real-time, round-robin online meeting with the other managers in each Fantasy Yahoo League. For each round, you choose one player to add to your squad, until your roster is full. The order of the draft reverses by round, the one who picked first ends the second, and while the one that ends the last round last starts the next round first.

It is just like how the real NBA team management works on drafting players. You could place offers and drafting any player as long as it fits your allotted budget.

By then, you will take turns on bidding for a player in clockwise order with your nomination number. The player will then sign to whoever is the highest bidder, and the budget used will be deducted from the manager’s total budget. Repeat the process until the roster is filled.

The scoring option of the NBA Fantasy of Yahoo Basketball Fantasy depends on what league you choose. But for every active player in your position slot in your roster, the player will earn fantasy points through a variety of real-life statistical categories.

Here are the different scoring types:

Below are the common settings for each different scoring types:

The different settings for each scoring type would be:

When does the Fantasy Basketball start?

Yahoo Sports Fantasy Basketball follows the NBA’s regular-season schedule. The season runs from October 22, 2019, through April 08, 2020. But since the covid pandemic happened, the NBA postponed their games not until last June 30 for it to restart at the NBA Bubble. Yahoo Sports determined that the best outcome, with fairness in mind and with the small player pool due to the restarted NBA format, is to conclude the 2019-2020 Yahoo Fantasy Basketball season.

All incomplete match-ups will be discarded and if your league is ending, your rating and level will be carried over until the next season. It also accounts for any completed regular season and playoff matchups for your level and rating.

But fret not Pro League players, you’re all refunded since the Fantasy Season was not completed or got postponed due to the pandemic. This season of Fantasy Basketball will be counted as cancelation or lockout, in the player’s Yahoo Fantasy Basketball profile.

Can you bet on Yahoo Sports?

Absolutely! Because BetMGM is continuing to expand its existence to allow online sports betting and casino gaming, you can already bet on sports via Yahoo Sports.

How to bet on Yahoo?

Yahoo betting is easy. You need to decide the kind of wager you will place, get insights about the odds of choosing a team to win, possible counter match-ups, and know Yahoo sports’ $100 bet return relative to have more chances of winning.

Yes, but the season proceeded as normal for the Daily Fantasy Contest/League players.

What will happen with Yahoo Fantasy Basketball?

2019-2020 NBA Season got canceled but that doesn’t mean the Yahoo Sports NBA will not continue for the 2020-2021 season. Yahoo Sports will still follow the NBA’s regular-season schedule whenever that would be during these uncertain times. Adam Silver, NBA’s commissioner, said that the NBA league was originally hoping to comeback this December 1, 2020, but his best guess would be is that the next season will not start until at least by January 2021.

We can’t wait to play with you guys for the next season of another fantastic basketball with Yahoo Fantasy Basketball! See you!